As luck would have it While retailers bemoan the consistent reduction in sales directly related to the rampant recession, it seems that the one industry left flourishing in the steady wake of economic downturn is the national lottery. Far from forcing the debt-ridden onto a path of sound financial planning, it is suspected that many cash-strapped individuals have streamlined their financial status from ‘paying for money they don’t have’ to ‘paying for money they’ll never have’. Although unarguably the only real effect of purchasing a lottery ticket is to reduce the buyer’s net worth, one might be surprised to know that 30% of people without a grade 12 qualification consider playing the lottery to be an effective wealth-building strategy. Alien to the world of sustainable wealth creation, luck and chance are nothing but harbingers in the game of fate that is the lottery.

On the naked face of it, investing in anything else is better than squandering one’s money on the lottery – quite simply because the odds are always stacked against you. Alternatively known as the ‘poor man’s tax’, the national lottery is an inscrutable method of increasing state revenue and was never designed to make citizens rich. Largely played by the impoverished and uneducated, it’s estimated that 51% of lottery tickets are purchased by only 5% of the population. The most ardent supporters in this game of luck spend an average of 9% of their already insufficient income on lottery tickets in the vain hope that the god of luck will, with the roll of a dice, miraculously extract them from their privation.

Logic would suggest that, faced with such infinitesimal odds, most humans with sound-functioning minds would hedge their bets on a more favourable wager. Psychological studies, however, reveal that 74% of lottery players are influenced more by how much they can win than by the actual odds of winning. Blinded by the unfathomable quantum of the prize, it seemingly matters not that the prize is also unattainable.

For amusement’s sake (and possibly also for the love of statistics) one might be interested to know that if a person drives 16 kilometres to purchase a lottery ticket, they are three times more likely to be killed in a car accident than actually winning the jackpot. Before hitting the jackpot, you are 305 times more likely to be struck by lightning and 10.336 times more likely to be born albino. To be assured of a 50% chance of winning the lottery, you would need to purchase 8 million different tickets. In fact, you have more chance of dying in a bath tub or been devoured to death by a rare flesh-eating bacteria. If you’re left-handed, you have more chance of being killed by using a right-handed product incorrectly. And yet, despite the empirical and mathematical evidence, 50% of the population invests heavily in the national lottery in the hopes that they’ll become the next rag-to-riches story.

At only R3.50 per ticket, this magical slip of randomness seemingly provides gamblers with cheap permission to dream. Trapped in the prison that is debt and dearth, many who are driven to play the lottery do so in the heartbreaking belief that any chance is better than no chance at all. Desperate to alter their situation, the simple act of purchasing a ticket provides a false sense of comfort that positive action is being taken to alleviate their financial position. Living from hand-to-mouth, many people calculate the cost-to-benefit ratio of a single ticket rather than add up the long-term costs of playing over a year or a lifetime.

Despite the insufferable odds and poignant faith in magic, possibly the most detrimental effect of playing the lottery is that it robs a person of the certainty that they have control of their financial future. Gambling of any sort is human acquiescence to financial fate and failure, discharging the burden of fiscal responsibility to the indiscriminate force of chance. Gambling is unarguably the thief of sustainable wealth and the destroyer of financial freedom. No stroke of random luck or turn of fortune’s oft-fateful wheel can ever take the place of hard work, careful planning and patient investing which, when combined, have the power to create a formidable financial future in which luck plays no part at all. 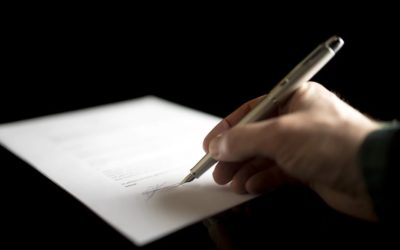