Black Friday: The dark side of discontent

Tomorrow is Black Friday. It’s at this time of the year that we are hit with the full force and effect of consumerism. In his book, “Consumed: How markets corrupt children, infantilise adults and swallow citizens whole”, Benjamin Barber notes that capitalism requires us to ‘need’ all that it produces in order to survive. In doing so, capitalism has morphed from its origins of responding to the needs of humans to a system of manufacturing needs for those who can afford to pay for them. The result is an entire generation of consumers who have become nothing less than slaves to an endless supply of created needs.

From producing to consuming

Capitalism originally emerged as a response from individuals to the needs of humans by growing or manufacturing goods. However, through a complex combination of mass marketing, human greed and narcissism, capitalism is now driven by consumption rather than production. Spending, shopping and self-indulgence are the hallmarks of this new form of capitalism, supported by catch-phrases such as “shop ‘til you drop”, “retail therapy” and “for the man who has everything”.

By way of example, in 2015 US consumers purchased $10 billion of bottled water without any logical human need for it. At the same time, in developing countries, billions of people were living without clean, potable water. Alarmingly, capitalism’s response was not to develop hand water pumps and rain water cisterns for indigent countries, but rather to invent ‘designer’ water for first-world consumers who didn’t know they needed it.

Big corporations have intentionally changed the game from satisfying consumer needs to continually creating new needs amongst their customers – to the point where advertisers are more intent on creating a need than a product. Most product advertisements are designed to create deep personal connections to themes such as beauty, freedom, love, sex, friendship and acceptance, where the promise of friendship is used to sell alcohol or the promise of love to sell perfume.

We have no natural tendency to want more

Psychologists believe that, once our basic humans needs have been met, there is no inherent tendency for people to accumulate more material possessions. The insatiable desire for more things has been created by social institutions, such as retailers and advertisers. In doing so, they have tactically influenced our natural desires, begging the question: Do we really have freedom of choice if we are being manipulated to feel inadequate if we don’t buy a product? The overarching power of the internet means that we are no longer competing with the Kumalos. We are now competing with the Kardashians, but without their bank balance.

In “The story of stuff”, Annie Leonard explores the West’s love affair with stuff and its environmental impact on the planet. Her belief is that the West is over-consuming, not to fulfil our basic needs, but to fill a void in our lives or to make a social statement. Interesting, she notes that first-world consumers are faced with on average 3 000 advertisements per day, which is more than people 50 years ago saw in their entire lifetime.

Manipulating human impulsiveness, narcissism and our desire for instant gratification, many adverts are designed to make us feel unhappy with what we have (or don’t have), leaving us feeling inadequate in relation to society’s expectations. It is the express intention of many adverts to make us feel that there is something missing from our lives, and in doing so, we begin to form deep attachments to products and brands that we believe are able to fill this void. The result is a vortex of created ‘needs’, manipulated human desires and instant gratification to the point where shopping has now been normalised as an acceptable recreational activity. Where products were once purchased in response to an actual need, Western consumers are now purchasing products to display them rather than to actually use them.

The dark side of discontent

In his research, “The high price of materialism”, Tim Kasser identified a connection between an excessively material outlook and increased levels of depression and anxiety. The nature of the hyper-consumerism vortex means that consumers can never feel satisfied, with permanent unhappiness and un-met expectations creating deep-seated psychological problems. There is further psychology behind the human desire for material possessions, and how loneliness and social isolation – more prevalent in our Facebook culture – contribute to our attachment to material things.

As a counter to the argument that over-population is destroying our planet, many scientists believe that over-consumption is actually the culprit. According to the World Food Programme, the world produces enough to feed the earth’s population of 7 billion people. One-third of all food produced is not consumed, whereas one-eighth of the world’s population is hungry. More frighteningly, the study shows that it is the world’s wealthiest 20% who consume 76.6% of the earth’s products. The middle 60% consume 21.9%, leaving the world’s poorest to consume a meagre 1.5%, proving Gandhi correct when he pointed out: “There is enough in the world for everyone’s need. There is not enough for everyone’s greed”.

The chaos that occurs every Black Friday led one economist to must that ‘Black Friday is a disease second only to the Bubonic Plague’, with the lines between human wants and needs being irreparably distorted and blurred. This post-Thanksgiving sale all but normalises human stampedes in our race for more, cheaper, better and bigger – an entirely manipulated response where we are able to justify buying things we did not know we needed. Until next year, when we will start needing a whole new set of things. One can’t help contemplate the irony that, just one day after giving thanks for everything we do have, we are driven to pursue all that we do not have.

Have a great Thursday! 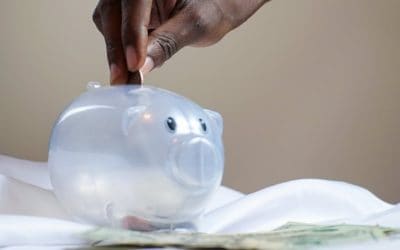 Retirement funding: How to catch up when you’ve fallen behind Living benefits: Protecting the value of your future earnings How to develop a healthy savings mentality What to consider before accepting a job offer Compulsory versus discretionary investing, and why you probably need both 10 things to know about divorce and your retirement funds The benefits of taking a long term investment view