Financial emigration: What is it and when is it appropriate?

If you’re thinking of leaving South Africa to live and work abroad, avoid making a rash decision with regard to formal financial emigration. While relocating to another country may affect your tax residency, it does not necessarily mean that you need to go through a formal emigration process. Separate from physical emigration, financial emigration is a complex, lengthy and expensive exercise, and should not be undertaken lightly. Before contemplating the process, it’s a good idea to unpack your reasons for wanting to do so and whether such an exercise would be appropriate for your personal circumstances.

Those wishing to financially emigrate will need to ensure that their tax affairs are in order with Sars and will need to obtain an emigration tax clearance certificate to verify that your taxes are up-to-date, bearing in mind that Sars could request evidence of all your remaining assets in South Africa.

Keep in mind that financial emigration does not necessarily mean that a person’s South African tax residency terminates. You are able to change your tax residency without having to financially emigrate. This is because South Africa’s tax regime is a residence-based system and is dependent on how much time you spend in the country, where your assets are based and where your primary residence is situated. To become a non-resident for tax purposes, you will need to cease being a South African tax resident as defined by the Income Tax Act, with your status being determined by either the ‘ordinary-residence test’ or the ‘physical presence test’.

The advantages of financial emigration include that you can more easily transfer capital and income out of the country, and you are able to access the cash in your retirement funds before age 55 without being penalised. You will also be able to transfer any future inheritances out of South Africa without having to go through the exchange control process. However, keep in mind that an individual can make use of their R10 million per calendar year foreign investment allowance for these purposes without having to financially emigrate, as well as by using their annual R1 million single discretionary allowance.

It is important to note that, upon financial emigration, you will not be permitted to hold a South African credit card, apply for credit in this country or operate a normal bank account. Financial emigration can also impose restrictions on future assets that you may want to acquire in South Africa. Ceasing to be a tax resident will trigger a capital gains liability on your world-wide assets, excluding fixed property situated in South Africa, which will be deemed to have been sold at market value the day prior to your formal emigration. This means that 40% of any gain will be included in your income and subject to tax at the marginal rate, keeping in mind that you may only financially emigrate if your tax affairs are in order. Should you decide to return to South Africa at some point in the future, you will not be able to get the CGT that you paid back. Here’s why divorce financial planning is so important 10 critical steps to take in the wake of retrenchment 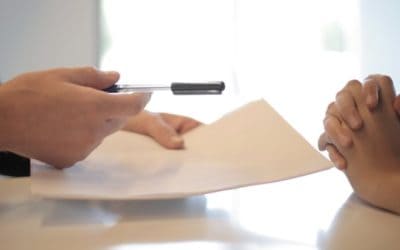 The types and functions of trusts in South Africa How your marriage contract impacts on your finances The tax implications of death